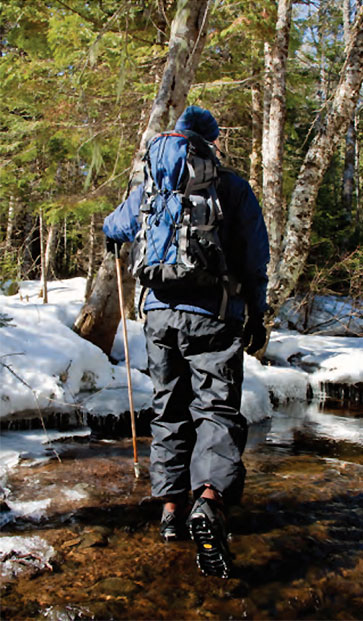 Icer's clients Canada Post has said that, "The ~Super Soles~, now known as "ICER'S" are the best we've seen to date for safety, wearability and ease of application". "They are the best style of anti-slip device, in our opinion on the market today"! and that "your product has prevented accidents and made the performance of their duties much safer and easier while wearing them in inclement weather."

Labour Canada has even issued a Compliance Order, to issue their Letter Carriers with "ICER'S" (formerly known as Supersoles). "It's a great testament to the Soles" (Canada Post). Perhaps that is why they contracted with us for the next five years.

Icer's clientsOther outstanding clients, were the television and media crews broadcasting the 1998 Winter Olympics from Nagano Japan. "ICER'S" proved to be a useful necessity in the climate and conditions that the crews had to work with in order to bring the best coverage of the events.

The footwear has also been worn by a crew that, in 1992, recovered a U.S. P-38 fighter plane from World War 2 that had crashed in Greenland. The aircraft was buried in ice, 80 meters below the surface, and a tunnel was bore with hot water. The added safety of the soles was a welcome aide in navigating the treacherous footing this created. Expedition leader Gordon Scott said "They provided a high degree of secure footing and safety in the ice cave. They were an invaluable asset to our work."